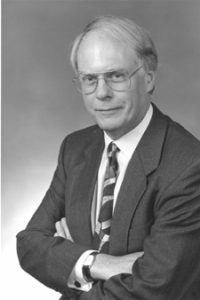 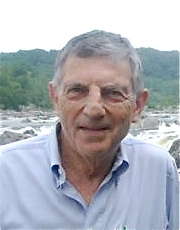 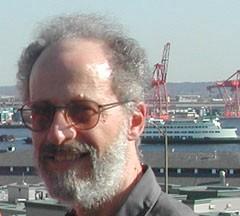 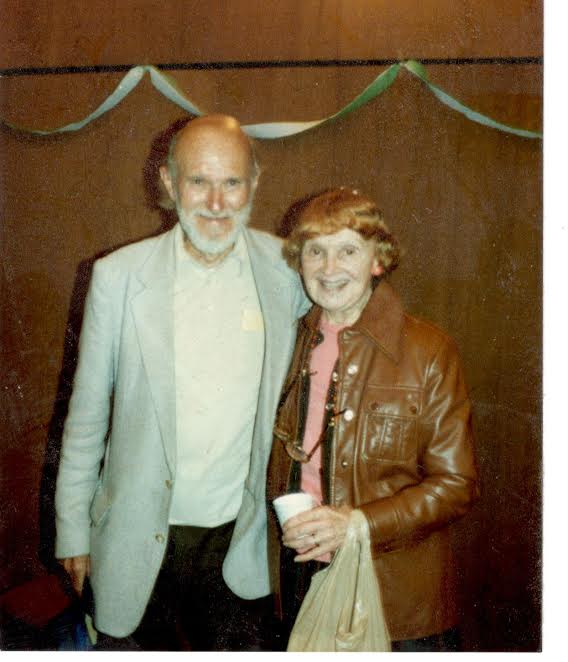 The Esperantic Studies Foundation (ESF) was formally established in 1968 by Dr. Humphrey Tonkin (a humanities scholar at the University of Pennsylvania with strong interests in international education), Dr. Jonathan Pool (a political scientist at the University of Washington interested in language issues) and Dr. E. James Lieberman (a psychiatrist at George Washington University with a strong interest in linguistic communication). The Foundation was conceived as a vehicle for promoting scholarly research and dialogue on issues concerned with world language problems and policies, including the planned international language Esperanto. The idea of establishing such a foundation dated from the time when all three of the founders were at Harvard University in various capacities.

Throughout the 1970s and 1980s, ESF focused primarily on Esperanto education and research initiatives in North America. In 1972, it published – in collaboration with the School for International Training (SIT) in Vermont – a Basic Esperanto Course. It also produced a series of research bibliographies entitled Esperanto and International Language Problems, edited by Humphrey Tonkin. In 1986 it sponsored the participation in the World Esperanto Congress in Beijing of a leading US journalist, James Fallows, and a noted specialist in creole linguistics, Albert Valdman.

In the early 1990s, ESF began to expand its activities. Anthropologist Dr. David Jordan (University of California, San Diego) joined the board, and in 1991 the Foundation published the first issue of its newsletter, Esperantic Studies. The following year saw the release of Esperanto and Education: Toward a Research Agenda. This report, prepared by Drs. Alvino Fantini (SIT) and Timothy Reagan (then at Central Connecticut State University, now at the University of Maine), sought to identify areas of concern relevant to Esperanto education and opportunities for future research. In 1995, ESF established an Advisory Board comprised of experts in such fields as linguistics, language policy and planning, and Esperanto. This year also marked the launch of the Foundation’s first website.

In 1996, the first Nitobe Symposium was held in Prague, with the topic “Towards Linguistic Democracy”. The Nitobe Symposia, named after Nitobe Inazō, the noted internationalist and deputy secretary-general of the League of Nations, are held every few years and bring together scholars and practitioners from around the world to discuss issues of language.

ESF has been a major supporter of the Nitobe Symposia. In 2008, it also convened and supported a conference on the teaching of Esperanto and interlinguistics in universities, held at the University of Amsterdam.

In 1999, ESF received a bequest of approximately $3 million from two prominent US Esperantists, Catherine and William Schulze, whose activities had included the long-running Esperanto program at San Francisco State University (later renamed NASK, Nord-Amerika Somera Kursaro). With this generous gift, ESF was able to lay the groundwork for an ambitious research and education agenda. NASK continued to prosper, moving to various North American universities from year to year, most recently William Peace University in Raleigh, North Carolina.

In 2001, Dr. Grant Goodall (a linguistics scholar at the University of California, San Diego) joined the board and, later that year, ESF funded the Phase I development of the innovative Esperanto teaching resource website Edukado.net. This unique resource has continued to be developed and managed by Dr. Katalin Kováts.

Education continued as a major priority. Ongoing support was provided, and continues to be provided, for scholarships in the interlinguistics certificate program at the Adam Mickiewicz University, Poznań, Poland – the only such program in operation at a major university. ESF is also a major funder of the professorship in Esperanto and Interlinguistics at the University of Amsterdam, currently held by Dr. Federico Gobbo.

In 2003, one of ESF’s original founders, Dr. James Lieberman, retired after 34 years of dedicated service to the ESF board. Dr. Jonathan Pool also left the board at about this same time. Both, however, remain in close contact with the Foundation. In 2002, Dr. Ian Richmond, a French-language scholar with strong interests in international communication, joined the board, and, as the years passed, additional members joined or left, in most cases moving to the advisory board and staying in contact with the Foundation. They included Dr. Bonnie Fonseca-Greber (a French language and international communication scholar from the University of Louisville), current executive director Chuck Mays, and current board members Wallace Du Temple (businessman and former school principal), Derek Roff (specialist in computer-assisted language learning), Dr. Esther Schor (professor of English and of American Jewish studies), Dr. Geoffrey Greatrex (professor of classics and Byzantine studies), and Anna Bennett (financial specialist).

The year 2003 saw ESF fund another of its core educational programs: the Lernu.net website and online community. Lernu.net is a leading-edge language-learning technology platform. Visitors to the website can learn Esperanto at their own pace in a rich multimedia environment and at no cost. The site has undergone continuous enhancement under the direction of Sonja Petrović and an expert team of technologists. At its annual retreat in 2011, the ESF Board announced a bold new phase of investment in the redesign and expansion of Lernu.net, with a view to integrating new services into the Lernu online community that has developed since the website’s creation. In 2012 Erin Piateski was named director of this new initiative and carried it to completion. Lernu’s success allowed it to become independent in 2018.

A notable research project launched in 2003 was the Esperanto Text Corpus. ESF commissioned the eminent Esperanto grammarian Bertil Wennergren to create the corpus. It is available online to researchers and other interested parties. The program later expanded to include the digitization of the Plena Vortaro de Esperanto (“Complete Dictionary of Esperanto”) and various other text-related elements.

Dr. Timothy Reagan, long-time ESF collaborator and then Professor of Educational Leadership at Central Connecticut State University, joined the board in 2004 and is now a member of ESF’s advisory board. In 2005, the Foundation established a Post-Doctoral Research Support Program with the Center for Comparative Literature at Columbia University. This program ran for a number of years. ESF has since provided several research grants to Columbia post-doctoral researchers who have pursued interlinguistics-related projects.

In 2006, the Foundation provided money to the Center for Research and Documentation on World Language Problems (CED, based in Rotterdam) to establish the Interlinguistics Support Fund, a program of small grants for scholars working in the field of Esperanto and interlinguistics. A CED-appointed committee reviews the proposals and generally makes four or five awards each year to support the publication of books, articles and research projects, and to assist scholars in travel to libraries and conferences. This program continues to operate under a four-person review-and-selection committee and has made dozens of grants over the years, many of which have resulted in new books or research tools becoming available to scholars.

The year 2006 also saw ESF’s first grant for a documentary film, awarded to director Sam Green. The film appeared in two versions. Utopia in Four Movements premiered at the Sundance Film Festival, and the second, The Universal Language, was shown at the World Esperanto Congress in 2011 and has been well received.

Over the years, the Foundation has made several grants to libraries, particularly the Hector Hodler Library at the Universal Esperanto Association office in Rotterdam, and it has assisted in the distribution of books to research libraries, including Ito Kanzi’s multiple-volume edition of the works of Zamenhof (the founder of Esperanto) and Carlo Minnaja and Giorgio Silfer’s History of Esperanto Literature (2015). The Foundation also provides an award presented at the annual CALICO Conference (Computer-Assisted Language Instruction Consortium) to the best language-learning online resources.

As of 2009, ESF has supported a new series of symposia at the United Nations in New York. The 2020 symposium, a co-operative venture with Princeton University’s Migration Lab and with co-sponsorship by the Center for Applied Linguistics and by Birkbeck, University of London, was postponed until 2021; it took place virtually from April 19 to May 1.

In 2010, ESF’s administrative operations moved from Vancouver to Montreal, with Joel Amis taking over as Administrative Director. In 2017 they relocated to Raleigh, North Carolina, with Chuck Mays as Executive Director.

In 2013, the Foundation was given a great boost through the bequest of over half a million dollars from the estate of Brian Kaneen, a Vancouver Esperantist who shared with ESF a great interest in issues of language policy. This bequest allowed ESF to further expand research and initiatives in the area of language policy and language rights.

The year 2016–17 saw ESF’s sponsorship of the Tivadar Soros Lectures at the Graduate Center of the City University of New York, supported by a grant from the Soros family and featuring lectures on interlinguistics and Esperanto by well-known specialists from the New York area – and a lecture by German historian Ulrich Lins. A further grant from the Soros family in 2020–21 allowed the Foundation to sponsor the publication of the Polish translation of Tivadar Soros’s Masquerade, originally written in Esperanto (and already translated into eleven other languages), which recounts the survival of the Soros family in Nazi-occupied Budapest.

In 2018 the Foundation assumed publication of the newsletter Information for Interlinguists and its counterpart Informilo por Interlingvistoj. The latter was formerly published in Germany by the Gesellschaft für Interlinguistik. Dr. Angela Tellier of the UK joined the ESF staff as academic coordinator (successor to Asya Pereltsvaig) and took responsibility for overseeing the newsletter and for additional activities relating to Esperanto and interlinguistics in universities.

As of 2018, the Foundation has taken a particular interest in the preservation of printed and manuscript materials relating to the history of planned languages and particularly Esperanto. The Firestone Library at Princeton University is building a collection on Esperanto and planned languages, and the Du Bois Library at the University of Massachusetts is assembling one focused on the social history of Esperanto in North America. ESF has provided funding and donated materials to both institutions and continues its cooperation with them – also identifying collections subsequently donated to them.

In 2019 ESF welcomed Rev. Hans Becklin to the board, and in 2020 Sebastian Schulman.

NASK (Nord-Amerika Somera Kursaro), which ESF continues to organize and financially support, was held virtually in 2020 with its largest number of participants.

The Esperantic Studies Foundation remains committed to supporting a broad range of interlingual research and educational initiatives throughout the world. Researchers and educators who are seeking support for interlingual projects are encouraged to browse through this website to learn more about whether ESF can offer guidance and/or funding support.