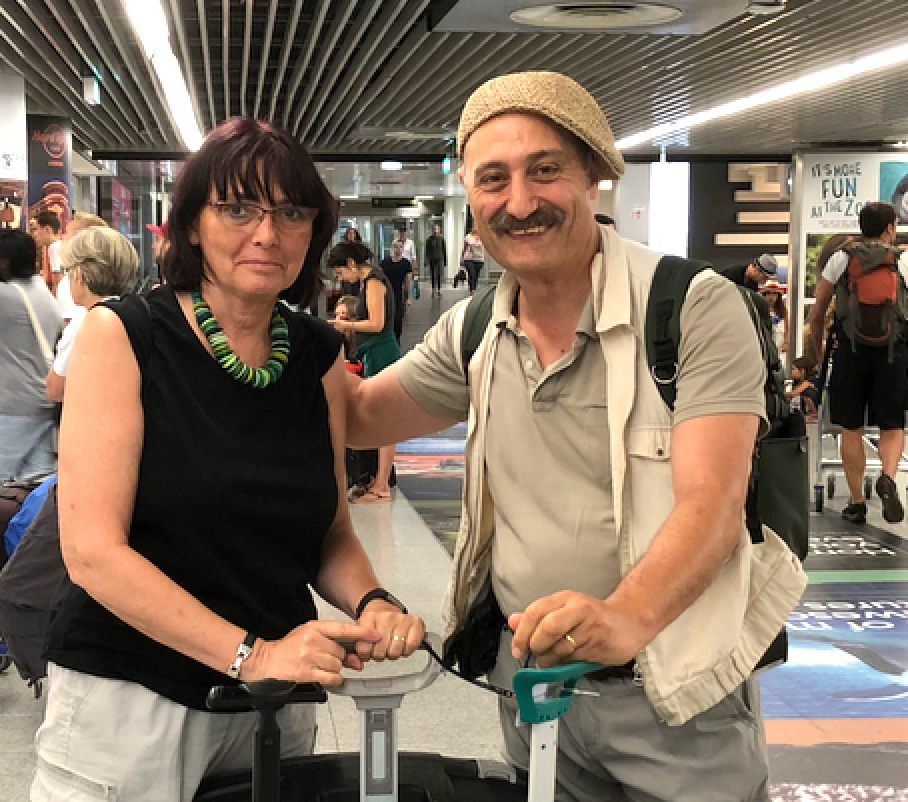 Intensive Esperanto Course in Preparation for the World Esperanto Congress
Katalin and Sylvain invite you to a unique learning experience : speak Esperanto in two days!

When? Friday, July 31, and Saturday, August 1. The World Congress of Esperanto begins on the evening of August 1 and ends at noon on August 8. Over sixty countries will be represented at the congress. Congress participants will communicate entirely through the international language Esperanto.

Where? Downtown Montreal (precise location of the course to be determined).

For whom?  For people of all ages, the course is especially designed for Esperanto beginners with some knowledge of the language.

Taught by? The instructors will be Katalin Kovats and Sylvain Lelarge, a husband-and-wife team living in the Netherlands, with extensive experience as teachers in an international setting. Katalin is founder and editor-in-chief of the Internet portal for Esperanto education edukado.net, and she has years of experience as a trainer of Esperanto teachers.

Language of instruction? Instruction will be as individualized as possible. For the most part, only Esperanto will be used, but Katalin and Sylvain know both English and French (and other languages besides).

If you know no Esperanto, Katalin and Sylvain, will guide you (without additional charge) through a special program for the two months prior to the on-site course to give you the basic knowledge you need. The first step will be a Skype or telephone conversation with you followed by a program via the internet.

Who can participate? Everyone interested in Esperanto, from students to seniors, and from Montrealers to people from far away. This is a unique opportunity: for the first time in over a century, the World Esperanto Congress is coming to Montreal. Catch the opportunity!

Cost: US$75 for two days of instruction. Food and lodging are not included: these are your responsibility.